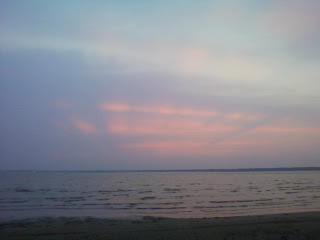 Michigan is calling me.
No comments:

Here is the video of our split set with Inerds at Buffalo Vaggie Fest #2 last sunday. This was such an awesome time. Thank you to Brit, Corey, Moezes, everyone involved with the food and what not. All the bands seriously killed. Inerds, Shoppers, Human Touch, Coworkers, Hoglust, Total Babes, Amber Alert, Mayday, and more all so fucking good.

And here is the link to the video: http://youtu.be/5NoYr4oTaRM
There are pictures floating around from the fest as well. I will see if I can get some up on here.

Apologies to everyone in Toledo for not being able to play last night. Adrian and I's other band, Under Anchor, filled Cloud Rat's spot. The show was off the hook. Our dear Madison is still stuck in Buffalo and it's totally her fault, so everyone give her shit for it Hahaha. Though, apparently she had to go to the hospital last night because she has an abscess the size of a marble in her throat. Bum deal. I am so confused about this, because Adrian had the same thing only three or four months ago when we were on tour with Disconnected. I hope I'm not next!!! Feel better Maddy, love you.

The Oily Menace / Wolbachia split is almost here. The lacquer has been cut and it is getting sent to the pressing plant. I can't wait! Xtra Vomit finished recording their (e)xtra songs for the split, so that will be coming along very soon. The split 7" with Autarkeia is official, and will be out end of summer/fall? All the recordings are done, just gotta get art and what not around. Cool.

We are going to start booking tours within the next couple weeks. Hope to see some of you on the road!!!