Big update! Sorry for not using this much, 2014 has been hella mad bonkers.
Hello again, lovely folks. On the upcoming tour with Disrotted, we are going to be doing collaboration sets with our friend Brandon's project, Plagues.http://plagues616.bandcamp.com/
Will be rad.
To the promoters who didn't know about Plagues being on the bill with us, apologies. We are terrible at stuff sometimes. It won't make the sets much longer, probably 5-10 minutes more.

One more thing. Our van, Ron Burgundy, is on his last legs. I bought that van in 2007 with my best friend Jimmy (Old Soul, Under Anchor). It now has almost 300,000 miles on it, and is about to retire. So many amazing memories in that thing. Many of you have spent time in it as well. Time to say goodbye, thanks for all the memories. Cheers, bub.
And now, here is our new (used) van! Let's hope to get another 8+ years out of it! No name for them yet, still working on it. 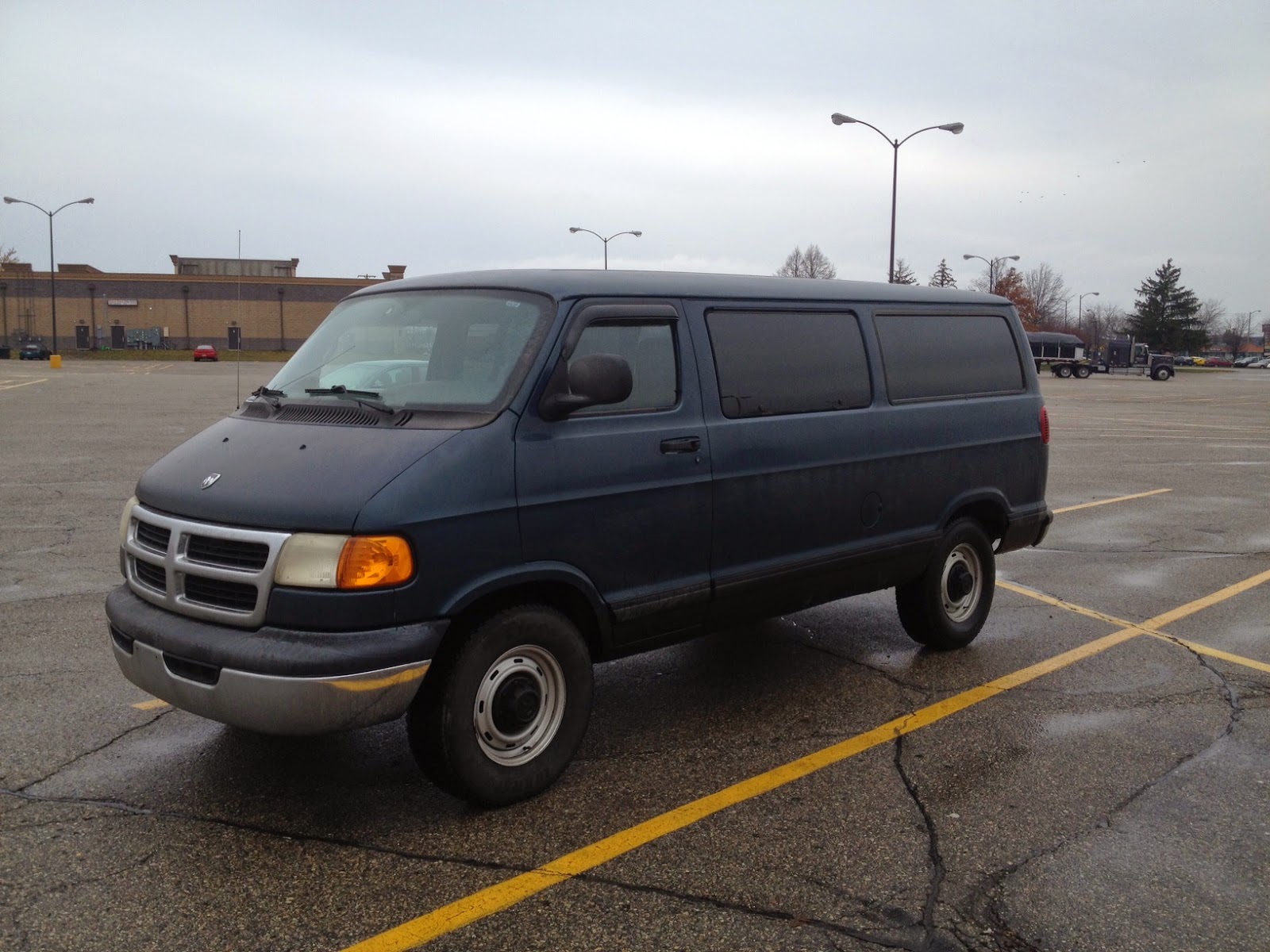 Can't wait to see you all again. Much love and miss you tons.
-CR
1 comment:

Sewing the Seeds of Love.

Hello again friends! I hope that the weather is fair and that all is well, wherever you may be. So glad it's summer.
So, tour was awesome. Sorry for not keeping up to date with anything on the internet, ever. We suck. Here is a really fucking cool video that Mitch from Thou put together.

Thanks so much to everyone. I could name hundreds of people and bands and I would forget a bunch more so I am just going to leave it at that. We love you so much.

Next up for Cloud Rat:

- Japan Discography CD via Long Legs Long Arms (Tokyo) http://longlegslongarms.jp
- US Discography Cassette via Brainswell (Minneapolis)
- Don't Call It A Fest 2014 in Detroit https://www.facebook.com/events/1617325181826183/
- US East Coast Tour w/ Nervous Mothers (Belgium) September 11 - 28 (List of dates will be up soon) http://nervousmothers.bandcamp.com/
- Various 1-off gigs here and there, and a few short runs/weekends with friends before the end of 2014.
- 2015... New record(s) // World Tour???
- A real, honest-to-Lucifer, website??? With lots of updated info and a working mailorder/distro? HMMMMM. Maybe we'll actually do that.

Sorry we've been pretty unavailable via emails and online junk lately. Too much going on always. Maybe someday we will be a real band and keep our shit together. We have been slowly but steadily writing, always pushing on. Adrian will be gone with Old Soul for a couple months in Europe starting next week, so that will put a little damper on practice and what not of course.

Be good to each other!

AND IT BEGINS.
We did it.  We break stuff.  Good times.
First show in Kzoo was great, many more to come.
drin, out. 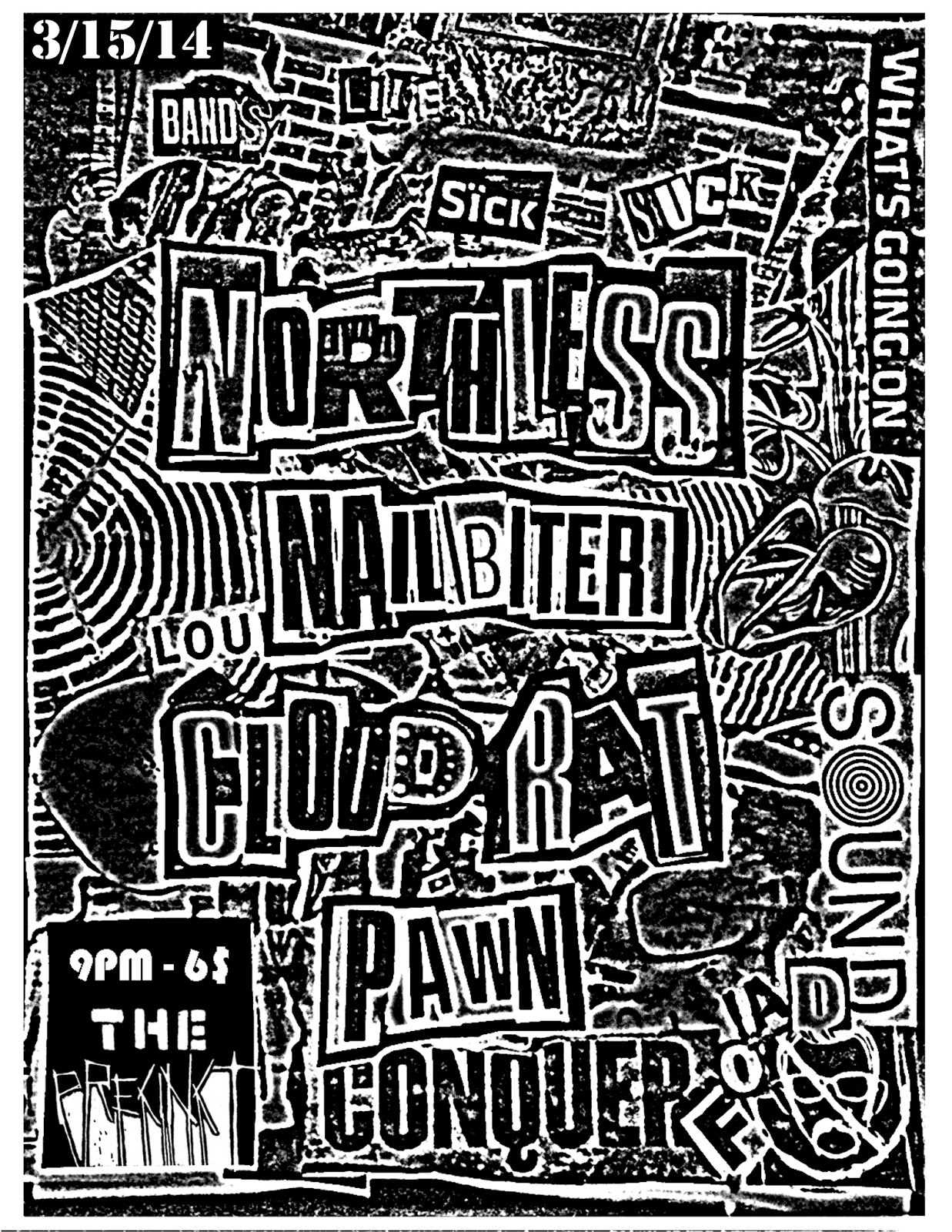 Living in a coffin


were making new songs whal trying not to die.

305 was special because of the friends and bands we got to see/meet and hang with.

I have to say though it ended up being a very trying horrifying demon of a weekend.
bugs crawled in us, hands stole from us and a very very sad suicide hit us.
whatever parasite attached itself to us, is hopefully gone.

2014 has been really intense and scary so far, and I'm not sure where its going.
but i can only hope and wait and watch.

heres a video kitties
check out my wah wah voice along with some quintessential butt and flip flop shots.

thanks for being there.
look after one another.
-m
1 comment:

Hey all.
So we finally got a little motivation and made a Bandcamp. CLOUDRAT.BANDCAMP.COM
Check it. There is a new release on there, BLIND RIVER, that compiles the Republic of Dreams split, Orgullo Primitivo split, and our track off the Monomaniac comp. Everything is newly remixed/mastered, so even if you already have the republic of dreams stuff digitally, download this because it sounds a lot better I think.
We will put Moksha up soon for stream/download, as soon as we get the separated .wav files from Mr. Kevin Kitchel. Everything is available for free download, but you can pay/donate if you want.

Split 7" w/ Orgullo Primitivo is FINALLY REALLY COMING OUT. It is being sent to the plant and will be available in April, we'll have it with us on tour or you can order from ifbrecords.com.

You can also still download S/T and Fever Dreams from Grindcore Karaoke if you want. J is good people and we appreciate all that he has done for us. We just wanted to have all of our stuff in one easy, "official" spot for people to be able to stream/dl.

Japanese 2CD discog through 3LA (http://longlegslongarms.jp/) coming up, as well as a US cassette discog through a friend in Minneapolis. More info on those as they progress.
We are writing for multiple releases right now. New material should be ready by the end of this year/early 2015. Tour in April w/ Thou is booked, come hang. Tour in September with Nervous Mothers is happening, just not started booking yet.

Songs From The Big Chair

Thou // Cloud Rat dates. Most all are booked, just awaiting details.

We haven't written anymore since the last practice session, but tomorrow we should have more material. Trying to record before Adrian goes with Old Soul to Europe for two fucking months. CRAZY CATS! Excited for them. But yeah, that way we can have plenty of time to mix and tinker with junk later on. Probably will have new records out in 2015.

In other news, East Coast Tour is happening in September. FINALLY! Excited. The plan is to bring over some friends from Belgium called Nervous Mothers. Not quite confirmed but it'll probably be like Sept 11 - 28. In the mean time, THREE Detroit shows have been booked already this year. That is quite uncommon for us. Cool.
This Friday with Perfect Pussy at the Trumbullplex, so pumped. Haven't seen Meredith in far too long.
Then March 15th with Northless and Nailbiter at The Precinct. Two amazing bands with awesome folks in them on tour at a new DIY venue in Detroit, fuckin do it.
May 14th at the Yonka House with friends White Widows Pact, Winnipeg homies Plague, and some more. Will be sick.
1 comment:
Newer Posts Older Posts Home
Subscribe to: Posts (Atom)