Ay! Quick updates!
We scheduled recording time in August. This material will be for multiple splits, with Moloch (UK), Disrotted (Chicago), The World Is A Vampire (NOLA), and Crevasse (Germany/Netherlands). We are writing a bunch, and are working on a lot of different ideas for making all of the material unique. Very excited.
We are touring with our Appleton pals FERALS in June 1st - 12th, out to 71 Grind Fest, down to Texas and back. Then Discontent fest late June. Then Florida tour in July (is that a bad idea due to heat? Should we go to west coast in July then FL in september? email thoughts to cloudratgrind@gmail.com please and thanks). Then West Coast in September. Then New Zealand/Australia/SE Asia/Japan in Nov/Dec with our pals Skelptarsis. LOTS OF SHIT HAPPENING HOLY FUCK.
For our North American booking now, contact brandt@hexagrambooking.com .
More updates and news and email answerings when I have time. Pick up the new SEVEN INCHES TO FREEDOM #13. It's good.  http://sitfzine.storenvy.com/
Scroll down for some pics of the weekend and little tour write up thingy. 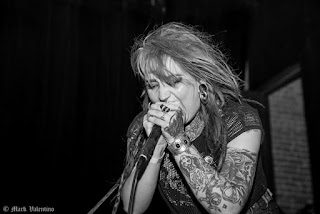 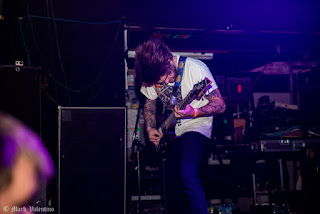 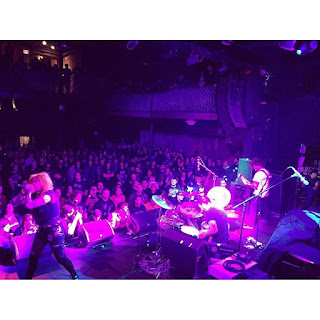 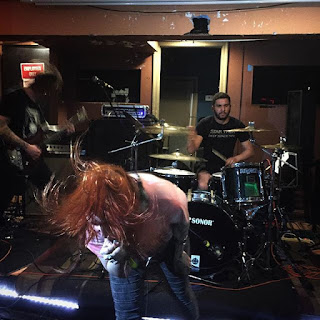 
Last weekend was killer. Thanks to everyone involved. And thanks to my Mom, my sister, and my partner all for coming along for the first couple days. Fun times!
Most every band we played with ripped at every show (the lineup of the Brooklyn show was FUCKING RIDICULOUS and everyone slayed so fucking hard), great to hang with and meet so many awesome folks, old and new friends.

The whole weekend actually started out pretty wonky though. We were running behind of course. The Pittsburgh venue changed kinda last minute (for no apparent reason), and the new venue ended up being DIRECTLY next door to a police department. I mean, the parking in front of the venue where we loaded was literally "police parking only". By the end of the show, there were at least 15 cop cars parked all around, cops with AR-15s, the works. I was really confused during this entire gig. The last time we were going to play Pittsburgh with Pig Destroyer and Full of Hell, we dropped the show due to Black Lives Matter protesters boycotting (rightfully so) the venue because of racist shit the promoter/owner had been spouting online. The same person who contacted us and gave us all the info which ultimately fueled our decision to drop, was the same person who set us up with this gig. I fail to see how that is a safe space, or is in any way OK to have a punk show there, let alone the cognitive dissonance between boycotting one venue in solidarity with BLM, but then supporting and spending time at another one with tons of police activity around... I dunno. Then we were rushed as fuck and our set got cut in half because the venue closed at 10, local band played a long set right before us, etc. Just weird. Thanks to the few folks who DID come out and watch our short set. Next time we are in Pittsburgh hopefully will be a lot smoother.

Brooklyn show was one of the best shows I've ever been too, let alone played. Music Hall of Williamsburg is a great venue with a ton of awesome folks working there. Full of Hell were absolutely devastating. Basically a free-jazz-noise-death metal set. Dropdead were so fucking powerful to watch (I'd never seen them yet, so glad to finally). Mother Brain are some of my new favorite folks and a killer grind unit. And then PD of course were fantastic. Super nasty sounding. The ignorance level of the crowd reached a pretty awful crescendo at some points, but folks seemed to be having a blast so more power to em. I brought my mom onstage to watch PD, so rad.
Stayed with bff Brandt who is now doing Hexagram Booking. Drank too much cheap booze until the wee hours, and ate some yummy eggplant/tofu concoctions. Thanks bb.

ABC No Rio gig ruled, Hell Mary are a great band with really nice folks in it. We missed Soul Glo but get to catch them in June. One of our bffs Jonia joined us in the van for a bit but then decided to stay behind in NY. Unfortunately we had to split to make it to Baltimore somewhat on-time for show number two, at which Dave (another bff, van driver/merch slanger) was yelled at by multiple cops at once for parking in a city spot, I dunno. Baltimore gig ruled, got to hang with Dan SPHC at his beautiful home. Sorry for the late as fuck drunkenness bubby.

DC was killer. Every band had at least one woman, which is super important and needs to happen far more often. Thanks for putting the show together Hasan. Bidet has one of the coolest/nastiest shirts ever (knife up the vape daddy anus, beautiful). Gouge Away rules. There was some weird pit beef during our set, which I didn't see happen. Madison told everyone to chill. Cool.
We stayed with another BFF and vegan warrior Rachel. We all bought too many records and books in Baltimore and DC (Dave and Brandon got a bunch in NY too, silly), then ate some of the best pizza ever.
Then drove to Columbus super late to the show, which lasted until forever in the morning, we got covered in mud, then drove home and got back at like 9AM (Brandon even later?). Then work and kids and stuff. Exhausting. One of those "Why the fuck am I still doing this?" nights.
That happens often. I love punk. It's important. And it's important to me.
But also, sometimes it sucks. It's basically like paying for an internship, that will probably never actually payoff monetarily, but you get to live life and do a lot of cool things and meet great people, so you do it anyways. PUNK INTERNS FTW.
But really though. Expensive, draining, lots of pain and anxiety interspersed with moments of euphoria and enlightenment. Punk sounds/feels like a drug addiction. I'm sure the parallel has been drawn many times, I'm just feeling it more than ever now. The duality of trying to remain creative, driven and somewhat dangerous to the status quo, while trying to enjoy life and spend time with friends and family without constantly being broke and miserable and antagonistic towards "the system" and what not. Ranting now, sorry.
Cheers & love,
Whiskey Dad
2 comments:
Newer Posts Older Posts Home
Subscribe to: Posts (Atom)